Devoted to survival skills in the wilderness 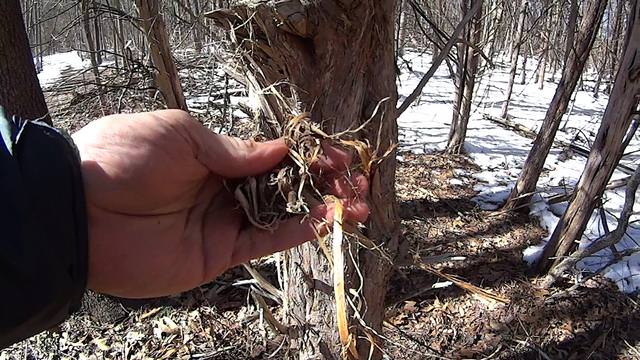 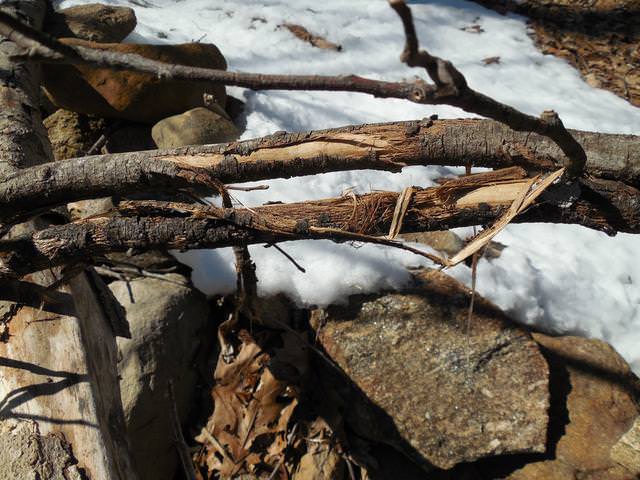 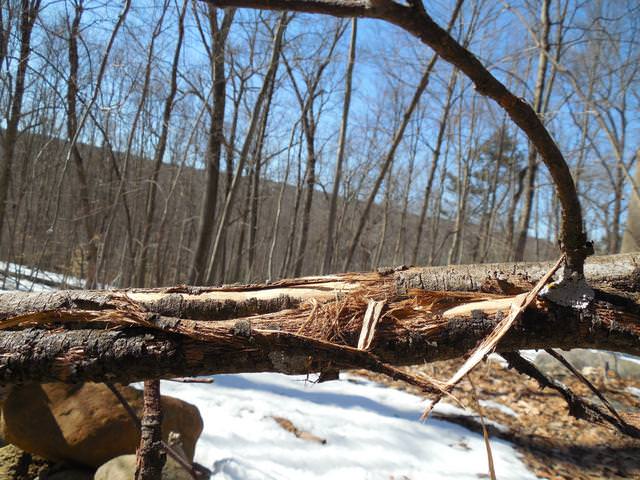 Often areas of drainage and moving water are best to find rocks for flint and steel. 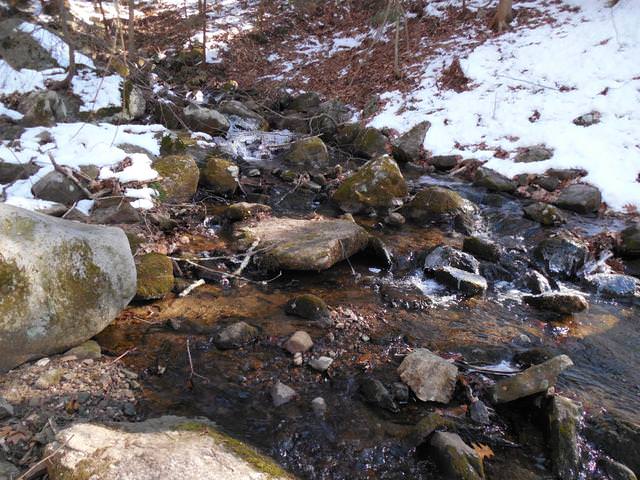 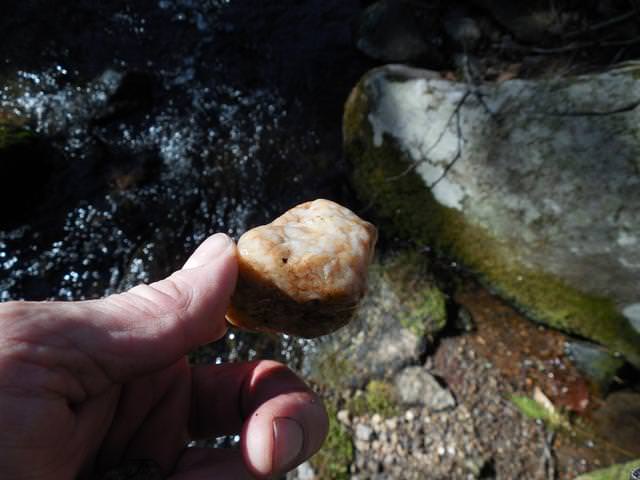 I ran into this just sitting on the ground. No obvious erosion so I guess that theory is shot. Not really as stuff just happens. I take multiple rocks as it's not consistent in terms of effectiveness. 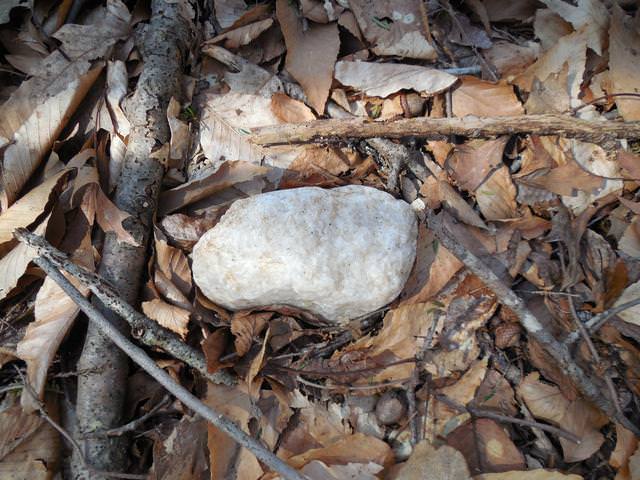 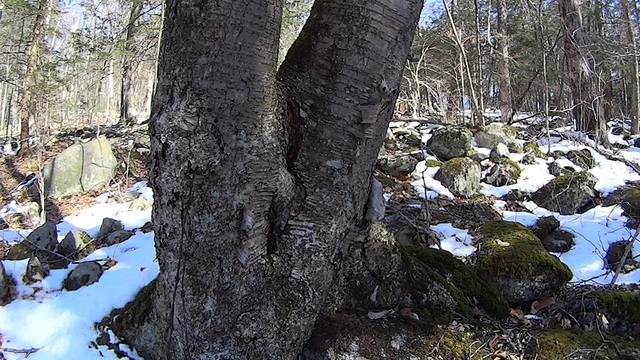 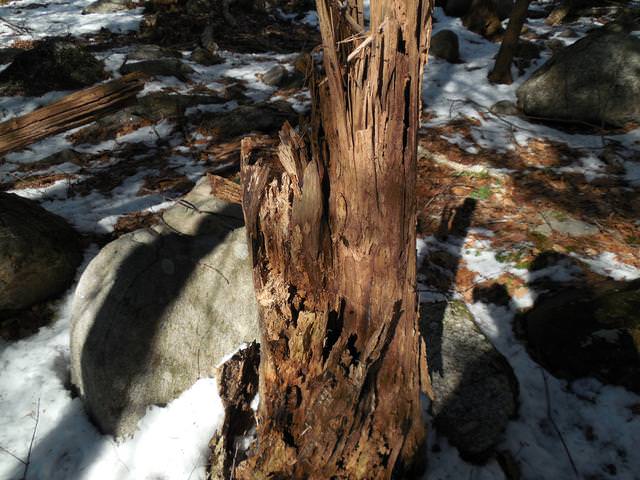 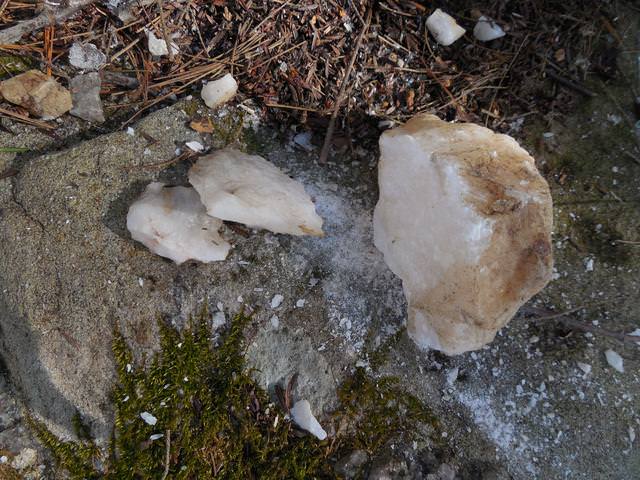 Here is all the stuff I found then processed. For those not familiar with natural char I brought some examples however will only use the tin on the right with the single piece of char cloth to start the initial fire. The tinder, hydrocarbon accelerate and rocks were all foraged that day as show above and in the video. From left to right. Charred cattail which can be finicky (pun intended). Charred punk wood which tends to be a winner. Charred Tulip Poplar bark which is good. I think cedar bark is overall better at just about everything but can find more Tulip Poplar. Lastly the charred cloth. 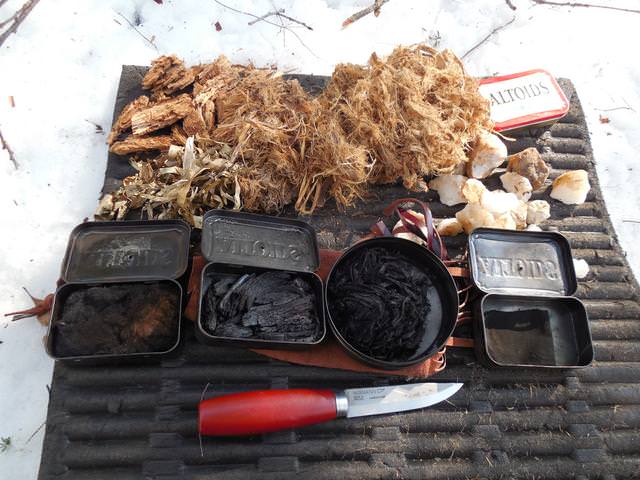 I picked the Altoids container as that's often used for a small PSK and there isn't much firecraft stuff inside many of them. Char cloth is thin and flat so I think it's a good addition. Time to get the fire going. I am holding the knife in one hand that the rock with charcoth on top in the other. 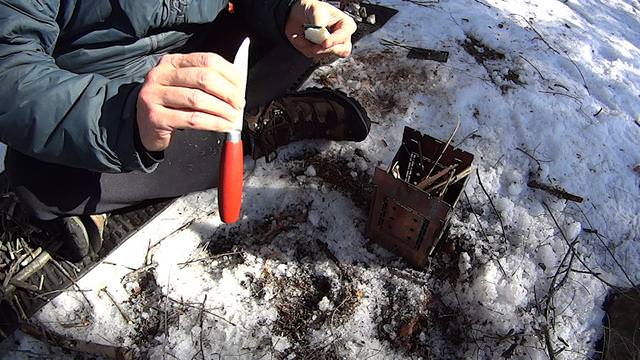 You can see sparks flying which ignited the charcloth. 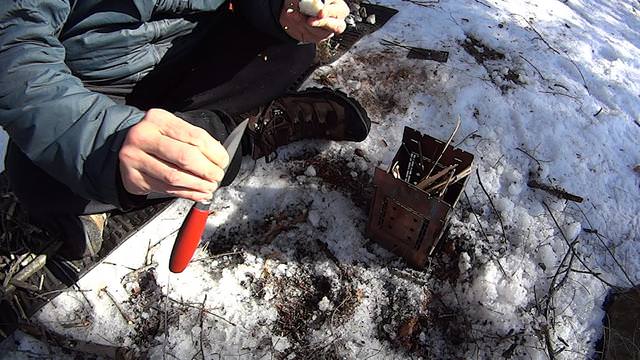 Fire. I will go into the tinder bundle later. 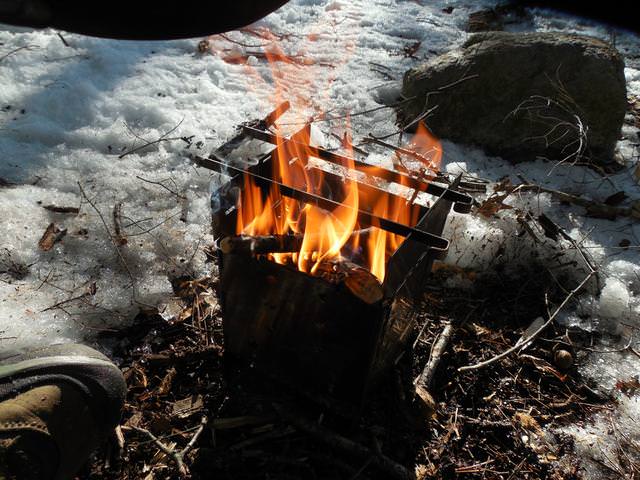 This method is dangerous IMHO. I tend to keep my knives sharp. If forced to employ this method a nasty cut hand might complicate things. Just something to keep in mind. 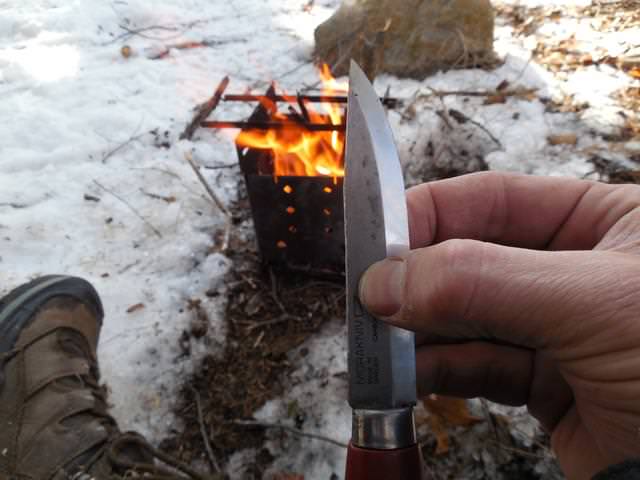 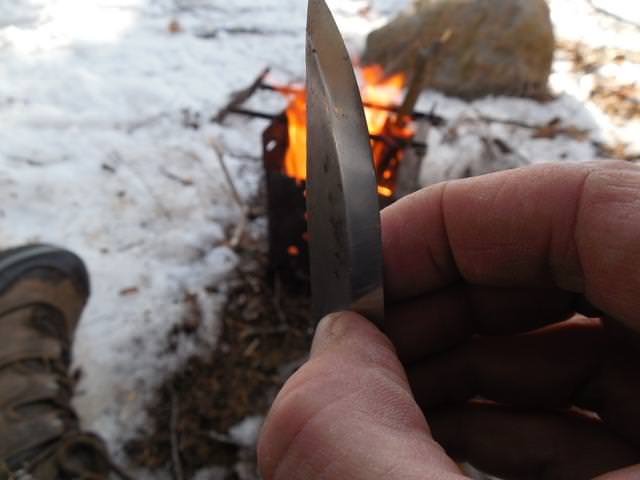 Time to char the natural material for the secondary fire. That is the intent. Get the intial fire then char materials for additional fires. 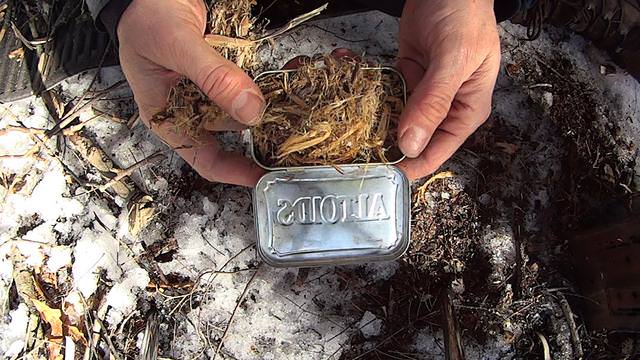 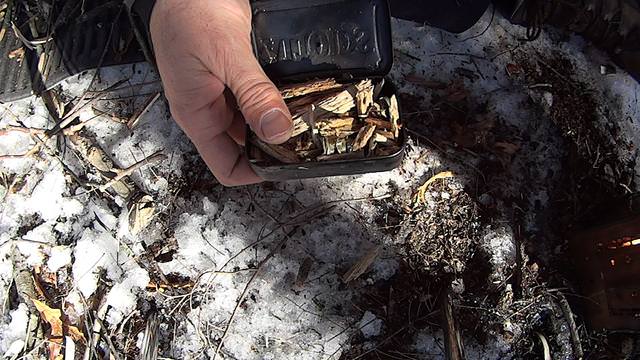 Cooking on the twig stove till they both try stop smoking. The bark was done first so that was removed. I charred a total of 3 tins worth of material. I would do the same over kill if employing this method out of need. The work is already done so why not. 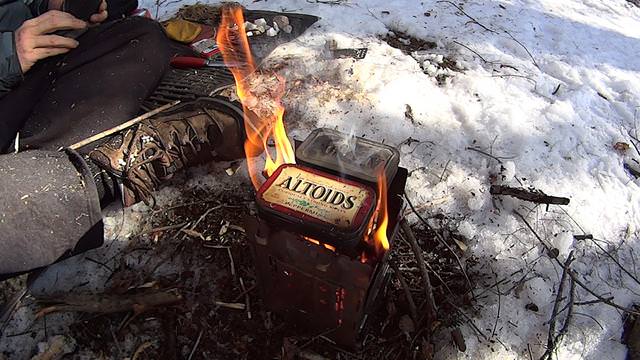 With the charring done it was time for some bacon. OMG! My bacon is on fire!!!!! 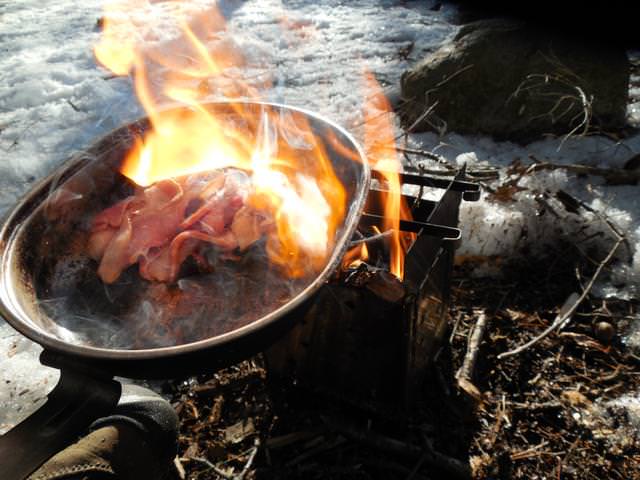 Next I used the twig fire methodology for the second fire. I used the charred cedar bark and punk wood as was out of charcloth. Had plenty of rocks left over. My tinder bundle material was getting low so mixed the cedar and tulip poplar bark. 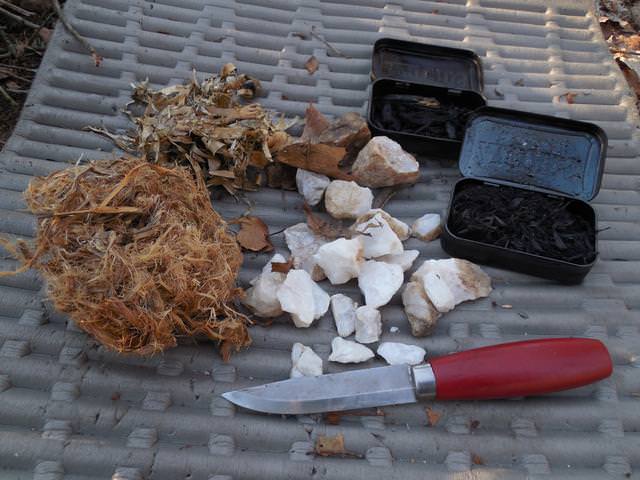 The tinder bundle was a mixture of everything. I wanedt a BIG target and have plenty of char. 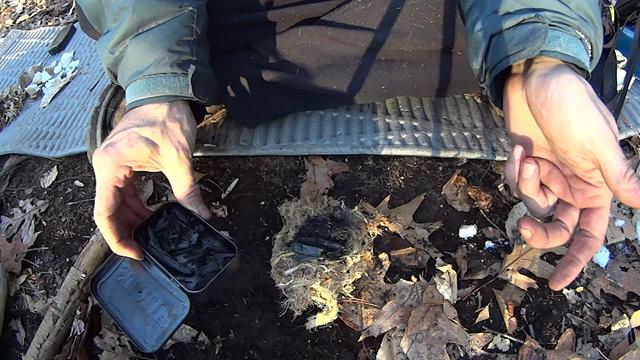 This time I used a safer method. Striking down. 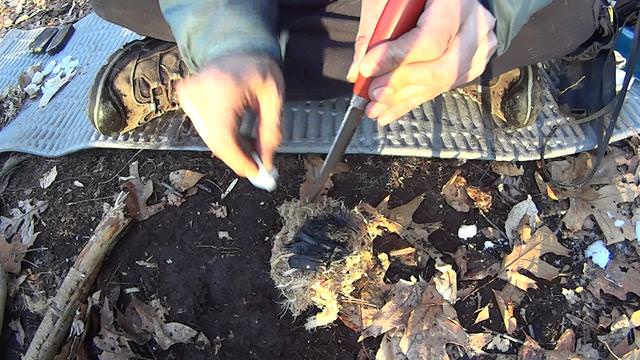 The actual small spark which was caught by charred punk wood. 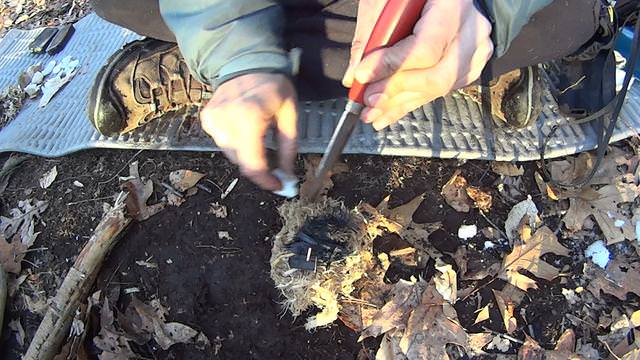 Ignited charred materials get very hot when air is blown on them. As there was a large amount and given the winds the tinder bundle almost instantly self ignited. 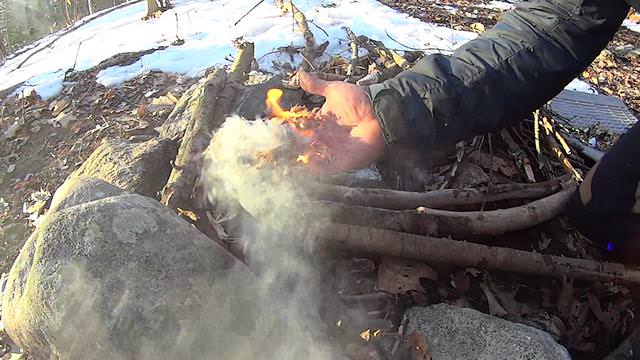 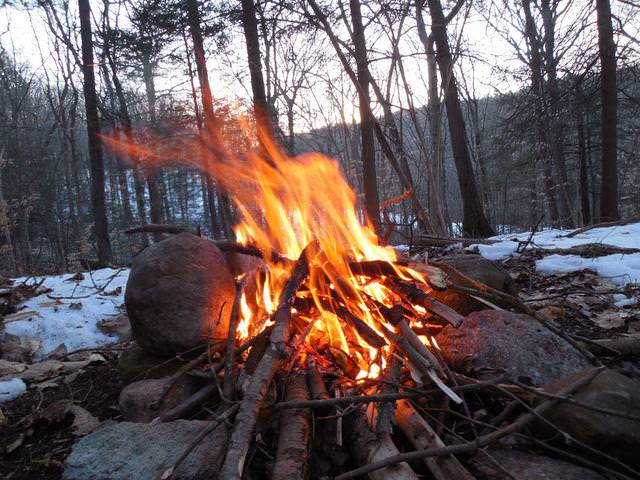 There is a nearly endless supply of materials to keep the method going in the field. 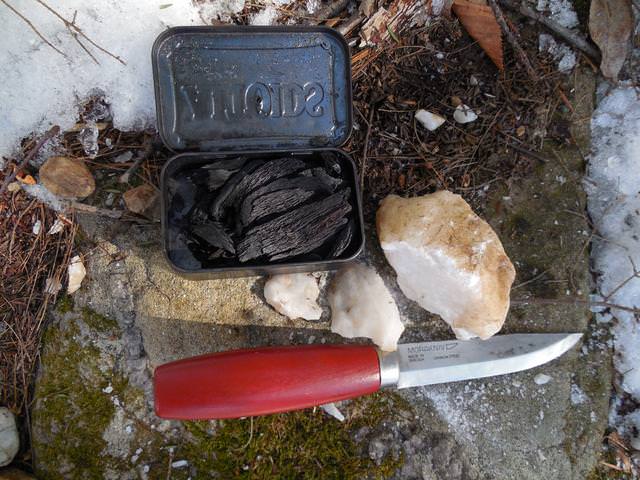 Here is a video. Thanks for looking at the second episode of Mora Firecraft.

"There's no such thing as bad weather, just inappropriate clothing"
"Do not mess with the forces of Nature, for thou art small and biodegradable!"