You might have noticed that Scotland held a referendum on independence from the UK yesterday.

Well, it seems there's something of a standoff between NO and YES supporters in Glasgow's George Square this evening.


BBC Scotland News wrote:Police keep crowds apart at a stand-off in Glasgow's George Square after the #indyref No vote http://bbc.in/1ATyKTk 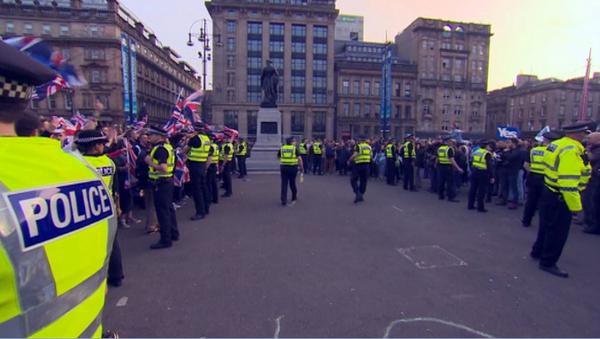 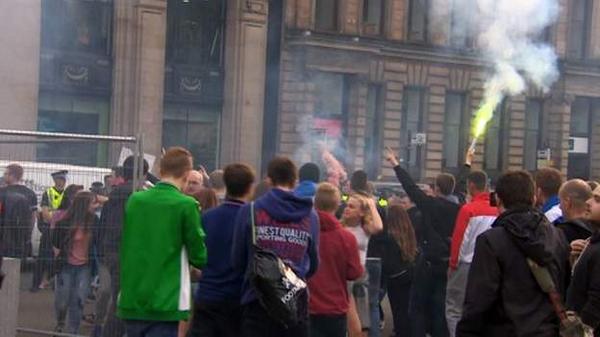 Re: Post-referendum tension in Glasgow

Still mostly peaceful according to https://twitter.com/Worldwidewebb1

The police are doing a commendable job in holding back opposing sides in the protests around George Sq Glasgow ... 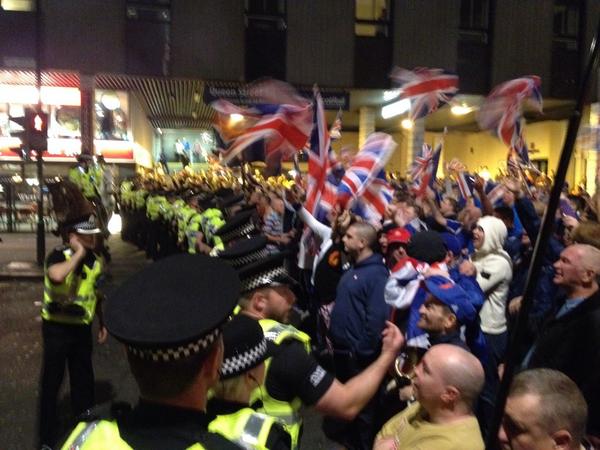 Uncharitable English people might say that Glasgow is like this every Friday night, referendum or not.
http://www.bbc.co.uk/news/uk-scotland-g ... t-22276018

Glasgow has been ranked as the UK's most violent area in a new report.

The UK Peace Index, from the Institute for Economics and Peace (IEP), said the city had the highest rates of homicides and violent crime. The study, which looked at 10 areas, described it as "the least peaceful major urban centre", with London and Belfast in second and third place. However, researcher Steve Killelea said Glasgow had become much more peaceful over the past five years.

Be Pure!
Be Vigilant!
Behave!