We'll be keeping a log of ZS sighting in news and media. If you spot an article about us somewhere post it in here.

If there's one thing we love about our members, it's their vigilance. ZS members are always on the lookout for unauthorized uses of the Zombie Squad name and logo, and they notify us as soon they think they've found one.

So, when news of a certain movie featuring a group of American zombie hunters named Zombie Squad started surfacing on the internet, our members started emailing us. They wanted us to know that someone was using our name.

Well folks, we know. And we are excited to let you know that this is a completely authorized use of the Zombie Squad name.

Zombie Squad International is excited to announce that we have entered into an agreement with Tommy Wirkola and his production company, Tappeluft Pictures, in regards to feature the organization in Dead Snow: Red vs Dead, the sequel to the Sundance hit from 2009. The movie is currently being filmed in Iceland and is slated for release in 2014.

From the production company:
"Director Tommy Wirkola is back in Norway and has started working on Dead Snow: Red vs Dead . The film is the sequel to Dead Snow, which was featured as one of Rolling Stone's Top 10 Zombie Movies of All Time. The film will be shot in both English and Norwegian, and follows the sole survivor of a Nazi zombie attack as he battles an even larger army of zombies with the help of a professional gang of American zombie killers known as, the Zombie Squad."

That's right! 2014 will bring a fictionalized version of ZS to movie screens, DVD players, and other formats across the world. Watch the ZS forums for updates and exclusive information about the Zombie Squad's role in the movie as details become available.

Want to learn more about the movie, or learn how you can help with its production? Check out Tapeluft's drive at: http://www.indiegogo.com/projects/dead- ... ead-snow-2" onclick="window.open(this.href);return false;

And check out that beautiful ZS logo near the bottom of the page. We believe that this will be a great chance for us to gain some publicity and the chance to spread the word about our mission to a larger audience.

Zombie Squad: We'll see you, at the movies.

Zombie Squad - "We can handle it from here. We've talked about this on the Internet."
Top

I never fit in. That's my role in life, to be the outcast.

Next up: ZS, The Movie.
Mostly not here anymore.
Top

dogbane wrote:Next up: ZS, The Movie.

I never fit in. That's my role in life, to be the outcast.

dogbane wrote:Next up: ZS, The Movie.

I only regret that "High Ground: House Adair" didn't get to be the first bit of mainstream media to feature ZS Dogbane.

Sent from my SPH-L710 using Tapatalk 2
colinz wrote:
ZS - Where having livestock, land and a good attitude is more desirable than being Size <6, 'ripped', or rich.

30 seconds on the history channel to the big screen, ZS is on quite the roll.

That is more than awesome, I can't wait for it to come out!

A new Dead Snow. AND references to Zombie Squad?? 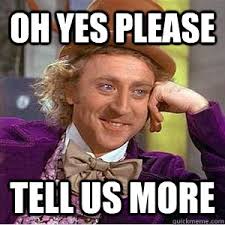 Alas: They've already used my personal favorite GPMG in the last one. I WILL note that I've had mine WAY before they got their's, though!

"I can't take up my musket and fight'em now no more,
but I ain't gonna love'em, now that is certain sure,
and I don't want no pardon for what I was and am.
I won't be Reconstructed, and I don't care a damn."
Top

I adored the first Dead Snow and look forward to Wirkolas sequel!

A black astronaut﻿ Cyril?? That's like killing a unicorn!
Top

Dead Snow was freaking awesome, and Hansel and Gretel wasn't bad either. Freaking pumped about this!

Erik wrote:First of all, I doubt your body is a weapon and if you threatened me with your body, I'd pull out a real weapon and see which is more effective.

Bear_B wrote: I am not too worried about the bullet with my name on it... its the bullets flying around with question marks on them that worry me.

what would really rock, would be if the Zombie Squad fighters in the movie, were named after some of the people here at the site.
"If you are prepared for a shambling horde of walking corpses that are trying to eat you alive, you will be prepared for just about anything."

I was watching Dead Snow just last night on the Chiller channel. Interesting movie, I can't wait to see what the sequel brings.
I am me. Semper Fi
Top

Should I watch the first movie first?
What if everyone was once a zombie but there was a human apocalypse?
Top

beans and bullets what else do you need
The best firearm for self defense? Any loaded one will do.

Mr.NoAm & I watched Dead Snow last weekend, it was really good. (Not nearly as good as the new Red vs. Dead though and the ZS ties it has now)
ZSC025 President
Check out this months newsletter To see how to save on food storage
ZS Chapter VolunteerHave questions about starting a chapter?●Want to find other ZS members in your area? Looking for other ZS members to start a chapter with? Check here first New Chapter Coordination Questions or email us at [url=mailto://chapters@zombiehunters.org]chapters@zombiehunters.org[/url]
Top

My goal was to keep you all updated on the progression of the film and any news surrounding it...last week I dropped the ball due to a crazy little convention called Dragoncon. Sorry.

Anywho, Martin Starr (This is the End), Ingrid Haas (Scott Pilgrim VS the World) and Jocelyn Deboer have just been added to the cast roster, along with the return of Vegar Hoel and Ørjan Gamst from Dead Snow. ZS has been notified that Martin, Ingrid and Jocelyn have been cast as members of Zombie Squad and will lead the charge to kick the Nazi horde in the junk. You read it here first, folks.
Here are a few recent articles:
http://variety.com/2013/film/news/hanse ... 200582008/" onclick="window.open(this.href);return false;
http://bloody-disgusting.com/news/32496 ... ble-title/" onclick="window.open(this.href);return false;

The Indiegogo drive for Dead Snow: Red vs Dead will be going for 20 more days. Your donation could gain you everything from a copy of the original script , a thank you video from Colonel Herzog, to a role in the film.
Check out the site for more info about the film: http://www.indiegogo.com/projects/dead- ... ead-snow-2" onclick="window.open(this.href);return false;

While they have not yet created a new Facebook page for Red vs Dead, you can join the old one for more notifications.
https://www.facebook.com/OfficialDeadSnow/info" onclick="window.open(this.href);return false;

Thanks for the update! It's a fine cast and I look forward to seeing the color they put on the characters. (And I can't help wondering whether they might be lurking. If so: Welcome to the forum!)
Mostly not here anymore.
Top

I will definitely go see this movie ^.^
Beheading zombies since COD.
Top

Posts: 603
Joined: Mon Sep 28, 2009 1:41 am
Favorite Zombie Movies: White Zombie (1932 Bella Lugosi)
Dawn of the Dead (new and original)
Day of the Dead
Night of the Living Dead
The Return of the Living Dead
Shaun of the Dead
Evil Dead
Evil Dead 2 (dead by dawn)
Army of Darkness
Grindhouse
Planet Terror
28 days later
28 Weeks Later
I am Legend
The FOG (original, the remake sucked ass)
Resident Evil (the Saga)
Silent Hill
The Phantasm (the SAGA)
Friday the 13th (from start to finish)
Pet Sematary
Night of the Comet

Dude, there are also people from Game of Thrones & Hansel & Gretel in it.
The final weapon is the brain. All else is supplemental.

*even the wise man dwells in a fool's paradise

Return to “ZS in the Media”