Discussions about the devices that supply a means for movement of people and goods.

I went to renew the registration on my Bronco the other day and walked away feeling like a badass. Only in Texas..... 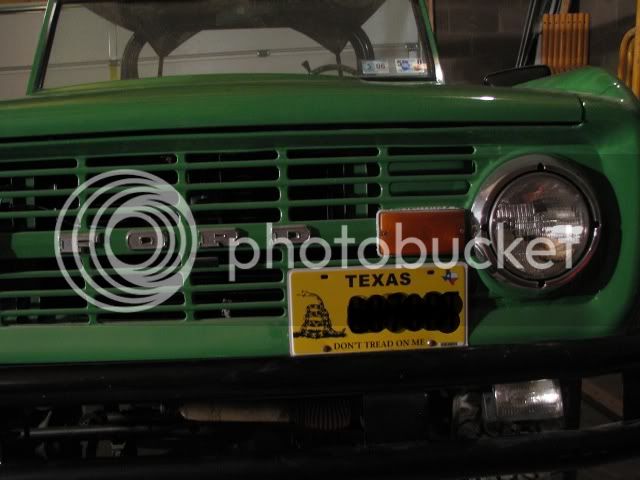 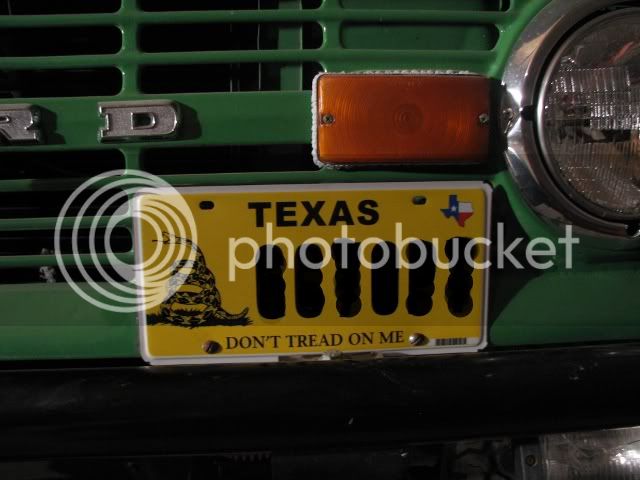 A metal detector is like a new girl friend. Spend a lot of time with it, treat it right and it will give it up.

"Patriotism is supporting your country all the time, and your government when it deserves it." - Mark Twain
Top

chrispartida
* *
Posts: 124
Joined: Thu Mar 03, 2011 3:02 pm
Favorite Zombie Movies: Haven't found many that I didn't like, if that makes sense. Even the worst can be good for a laugh.
Location: Los Angeles, CA
Contact:
Contact chrispartida
Website AOL

ZSC025 President
Check out this months newsletter To see how to save on food storage
ZS Chapter VolunteerHave questions about starting a chapter?●Want to find other ZS members in your area? Looking for other ZS members to start a chapter with? Check here first New Chapter Coordination Questions or email us at [url=mailto://chapters@zombiehunters.org]chapters@zombiehunters.org[/url]
Top

My personal fave of all time: 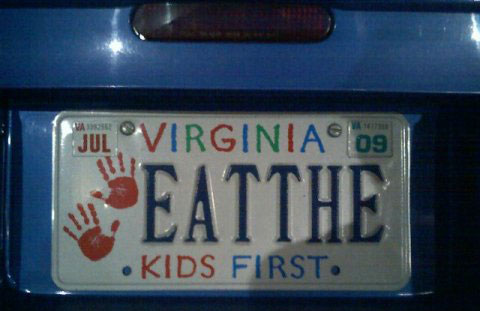 i want to see more of the Bronco!
WWSD?
Top

Edit: I clicked expecting something about a Hummer

Very nice my friend......The great state of Mississippi has just approved the same and are currently taking preorders.......
Top

I didn't know that was an option as a plate design, so when it's time to renew this November I guess I need some new plates anyway.

Unorthodox wrote:I'm here to generally help you out but I do have the power to make your day shit. If you're nice to me, I'm nice to you. Comply with my simple and straight forward requests and everything goes smoothly...don't and it doesn't go smoothly. Thats it.

That sounds about right, ?
Top

I wanna see more pics of the Bronco too!
My Newly Formed Zombie101 Forum
Top

OP, THAT. IS. AWESOME!
Dodge this!

A lie is the refuge of weakness. The man of courage is not afraid of the truth. - J.C. Macaulay
Top

I built this little beauty!

^^That is the best license plate of all time. Yours is a close second though.

I built this little beauty!

sweet baby jesus, what a beast!

hdandb wrote:I didn't know that was an option as a plate design, so when it's time to renew this November I guess I need some new plates anyway.

Texans also get this little gem.

All the possible plates are listed at myplates.com.

"I would rather walk with God in the dark than go alone in the light." ~Mary Gardiner Brainard

^^That is the best license plate of all time. Yours is a close second though.

I was gonna go look up that plate to post here. Glad someone beat me to it

God was my co-pilot, but our plane crashed in the mountains and I ate him.

In theory, there's no difference between practice and theory. In practice, there is.
- Cigarman
Top

The Virginia DMV pulled that plate. IIRC, they said it promoted cannibalism.

The Virginia DMV pulled that plate. IIRC, they said it promoted cannibalism.

Hey Smoaf! Great to see you around again, i already wondered where you´ve been since i didn´t see you posting for some time!

Nah, IIRC the letter stated that they thought it promoted pedophilia, which I don't think is the first thing people would think of when they read "Eat the children first". It makes me wonder about the VA DMV.

Nim's text key: SARCASM, WTF R U DOIN, Nice, I like, Inane statement
The phrase "surgical strike" might be more acceptable if it were common to perform surgery with high explosives. (G. Carlin)