Topics on Radio (CB, GMRS, Ham, etc), GPS, Smoke Signals, or whatever else you can use to talk to other people who are not within yelling distance.

I am a total newcomer

to the world of Amateur radio and
have a question regarding the antenna for my portable
radio. I currently own a Baofeng UV82 HP and also have a
Radio Shack Pro 651 Scanner. A while back I purchased a
telescoping scanner/ham antenna for my scanner. I was
looking to get another antenna for my UV82 and the manager
showed me an SMA female to BNC female connector. My
question is can I use that to attach the telescoping
antenna to my UV82 without any problems?

I apologize if this seems to be a silly question, but, as
I indicated, I am very new to the world of amateur radio
and want to hear from an experienced operator if the
telescoping antenna would be a good thing to use on the UV82.

Thanks for your patience and assistance.
Top

My friend and I built home made yagi antennas using easily found online plans (search for 'tape measure yagi') for our Baofengs.

The results were impressive. We greatly increased our simplex range. I think we maxed out at 38km. I could also hit the local repeater from about 35km away when that yagi was connected, but had nothing with the standard, stock antenna or the large multi-band whip I had purchased. Building a yagi was the first project I took on when I first got my radio.

Anyway, its a good project to investigate and will certainly help extend the range of your signal. 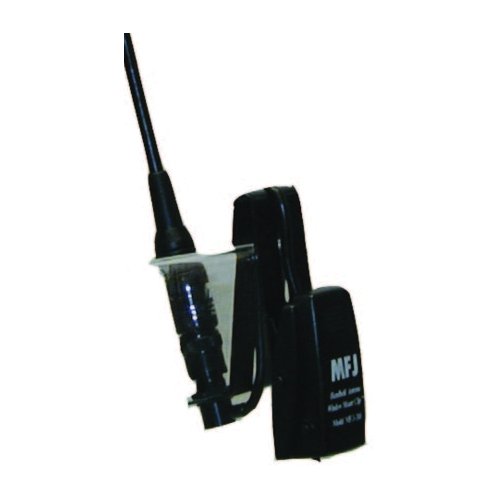 The MFJ 310 allows use of your rubber ducky outside of your auto - make a large difference. I've had mine for years, a decent product at a good price point. Just place on your window and away you go.

Both are small, low cost and easy to store...
TacAir - I'd rather be a disappointed pessimist than a horrified optimist
**All my books ** some with a different view of the "PAW". Check 'em out.
Adventures in rice storage//Mod your Esbit for better stability
Top

phfobetor wrote:I currently own a Baofeng UV82 HP and also have a
Radio Shack Pro 651 Scanner. A while back I purchased a
telescoping scanner/ham antenna for my scanner. I was
looking to get another antenna for my UV82 and the manager
showed me an SMA female to BNC female connector. My
question is can I use that to attach the telescoping
antenna to my UV82 without any problems?

You can ATTACH the telescoping antenna without any problems.

HOWEVER... you may have several different problems afterwards depending on what you do.

Transmitters are somewhat fussier about the antenna that is used to transmit. Any transmitter is generally going to want a resonant antenna AND want an antenna (and feed line, if used) that matches the impedance of the transmitter's output.

On the other hand, your Baofeng UV82 is a handi-talkie (now usually called just an HT) and it was designed to work with a fairly shitty antenna to start with. Nearly all the HP UV-82's came with Baofeng's better rubber duck antenna, but "better" is a relative term - in this case it means better than the near-garbage rubber duck that Baofeng ships on their UV-5R radios (unless the dealer pays extra to get them with the "better" antenna. So the UV82 isn't going to have an immediate heart attack if you transmit into a poorly matched antenna; but lengthy transmitting on high power while using a poorly matched antenna is eventually going to overheat and burn out the final amplifier transistor.

The telescoping antenna you have is almost certainly a rigid antenna, and it isn't especially sturdy so it is fairly easy to break, especially when extended.

The one thing even easier to break than the antenna, is the antenna jack on the radio. The antenna might bend or break, but if it does it will be clearly noticeable and it will happen immediately when you do something to it. The antenna jack is connected directly to the circuit board inside the radio. The case provides SOME support for the antenna jack, but not enough to keep it from passing stress to the circuit board. ANY activity that puts ANY sort of pressure on the antenna in any direction is going to pass most of that stress to the circuit board. The effect is that there will be repeated small movement of the antenna jack and its connection at the circuit board -- just like flexing any piece of metal back and forth, eventually it will fail. Any failure would be inside the radio - completely out of sight. The only noticeable result would be that the radio won't work very well SOMETIMES, but it is hard to tell this from the simple fact that these radios sometimes don't work well even when nothing is wrong. Prolonged operating with a damaged antenna connection, especially at high power, will burn out the final amplifier transistor.

If you want your UV82 to live a long and happy life, avoid stressing the antenna as much as you can.

If you use the telescoping antenna on the UV82, don't bang it into things -- including yourself, so don't clip the radio on your belt with the belt clip while using any sort of rigid antenna. (It's actually best to not clip the radio to your belt at all).

If you use the telescoping antenna on the UV82 and want to transmit, it would be best to set the antenna to a reasonably resonant length -- about 19" for the ham "two meter" VHF band and about 6" for the ham "seventy centimeter" UHF band (18-19" is also an acceptable length on the ham UHF band).

And, by the way, if you haven't already found it -- THE place to find everything you might ever want to know about the BaoFeng radios is at the website miklor.com -- that site doesn't sell anything and rarely even recommends any specific products, it is just a repository of 99.99% of the information that hundreds of users have determined about all these radios over the past few years.
Top

I agree that although the telescoping antenna would work, I would be really worried about breaking the SMA connector on your radio. I have a UV82 as well, and bought this and love it. It's extremely flexible. https://www.amazon.com/gp/product/B00KC ... bw_g107_i1

BobtheBreaker wrote:Paramedics must have been pissed! trying to lift that guy onto the gurney with his massive brass stones weighing everything down.

Heks wrote:engagement ring.... is that a MOLLE accessory?