Time for a newl Poll: Now with 50% more sand

Discuss those "what if" or "what would you do" scenarios you've been wondering about.

Time for a newl Poll: Now with 50% more sand

Ok, so like my previous poll you have chartered a private plane to have a vacation, this time in the UAE
Looks like a nice place 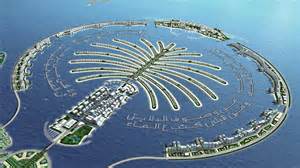 However, your pilot misses the mark and flies you over Yemen instead ( he is not a good pilot and actually he was covering for a friend

.) You get shot down, but unlike the pilot you survive the crash. You are now in a warzone where you don't speak the language, because of your nationality 75% of the People hate you and there are several warring factions including ISIL, there is no embassy for you to flee to which doesn't matter as you dont speak the language to ask for directions anyway. You do know that if you can safely travel 200 miles in any direction you can find safety (the border for funzies). You only have the pilot's weapons available to you as well as food, water, and a tent. Let's say the plane is on fire and you only have the chance to grab one weapon and the ammo that pilot had stored.
"Oh Bother!" said Pooh, as he drew his dagger...
Top

Really? Why waste ZS bandwindth on this(word) - not even funny.

/.
TacAir - I'd rather be a disappointed pessimist than a horrified optimist
**All my books ** some with a different view of the "PAW". Check 'em out.
Adventures in rice storage//Mod your Esbit for better stability
Top

Fess up now, Twiz: you had more than a few on board when you cooked up this one, didn't you?

I choose the matchlock rifle as long as it comes a coonskin cap.
The Restless Dead http://zombiehunters.org/forum/viewtopi ... 13&t=80397

Alright I will give you the coon skin hat. It's for funzies

. I wonder what everyone will take?
"Oh Bother!" said Pooh, as he drew his dagger...
Top

50 % more sand? Why that's like a gazillion. How much will this remarkable sand deal cost me?
Not all those who wander are lost

I wish I could have been there when the Dutch engineer told the Sheik he was gonna have to import sand to build those man maid islands. They couldn't use dessert sand for structural reasons it had to be compacted sand from the ocean floor.

Shotty with 10 shells. Def use "cut" shells.
They see me trollin', they hatin'.... keyboardin' tryna catch me typin' dirty

I'm about as anti-shotgun as it gets, but hard to argue with 10 rounds.

great point on cut shells!
share your tobacco and your kindling, but never your sauna or your woman.

Until then, the pistol seems reasonable.
Top

Pistol and haul ass to the border. discretion is the better part of valour

Compound bow, because as the walking dead shows us, arrows last indefinitely.
"Enjoy when you can, and endure when you must." - Goethe
Top

1911 for concealability and (though i hate this term) "stopping power". Then try and keep a low profile and hightail it to the the border. Realistically, probably die in the desert but hey, got to at least make an effort at life.
Dinner Adventures, My restuarant review blog.
Top

1911. I'm not betting my life on something with less oomph then a Walmart pellet gun, and everything else will be like a flashing neon sign saying "shoot this guy". Cover up and una$$ the area.

EDIT: If the pilot had a decent hacksaw, I'm grabbing the shotgun and doing some major surgery on it. Shorten the barrel, and depending on the style, cut down the stock.
Top
Post Reply
15 posts • Page 1 of 1

Return to “What Would You Do?”