This isn't going away anytime soon folks and with all the new variants of COVID-19 popping up it just made sense to drop COVID-19 from the sub-section name and consolidate all the pandemic stuff in one location.

https://www.npr.org/sections/goatsandso ... arent-rare
If you know who you are, you can, then know other people.

If you have faith, chaos will turn into order.

Let them hate...So long as they fear!

In the absence of light darkness will prevail
Top

What I've been noticing from my admittedly weaker researching abilities than most other posters in this thread, is the differences in mortality rates being reported on our A &B flu this year and COVID-19.

Do correct me and or update me if I'm missing the mark here.

Those percentages are significantly different in mortality Numbers. Isn't that, like, four to five times higher?

I am also seeing the second wave of our seasonal flu in my area at this time so 'those' numbers may change with this second round I guess.
Ever, previously known here as 'zombiepreparation'

Stay safe and well, y'all.
(and keep practicing physical distancing and wearing masks. if not for yourself do it for those of us around ya who desperately need ya to)
Top

The seasonal flu mortality rate varies a lot. This is due to the fact this tends ro be different strain each year. The norm is between .1% all the way up to 2.5 for the 1918 strain.

But yes! This year the flu mortality rate is well above the norm of .5%
Duco Ergo Sum

As of yesterday's number the mortality rate was 2.9%. This is to be expected based upon the large increase in numbers of infection That said, it looks like the death rate is significantly lower outside of China.
In order to succeed you must first survive.
Top

This video needs to go viral. If true it proves what many of us have suspected.

https://www.youtube.com/watch?v=eYYV1B1lRKY
A prudent man foresees the difficulties ahead and prepares for them;
the simpleton goes blindly on and suffers the consequences.- Proverbs 22:3
Top

https://imgur.com/gallery/RfBPqAz
Not all those who wander are lost

In South Korea, Singapore and Iran, clusters of infections are leading to a jump in cases of the new viral illness outside China. But it’s not the numbers that are worrying experts: It's that increasingly they can't trace where the clusters started.
World Health Organization officials said China's crackdown on parts of the country bought time for the rest of the world to prepare for the new virus. But as hot spots emerge around the globe, trouble finding each source — the first patient who sparks every new cluster — might signal the disease has begun spreading too widely for tried-and-true public health steps to stamp it out.
“A number of spot fires, occurring around the world is a sign that things are ticking along, and what we are going to have here is probably a pandemic,” said Ian Mackay, who studies viruses at Australia's University of Queensland.


https://news.yahoo.com/health-officials ... 53506.html
Not all those who wander are lost

Looks quite exponential. And quite terrifying if true.

In a media briefing with reporters, Dr. Nancy Messonnier, director of the CDC’s National Center for Immunization and Respiratory Diseases, told reporters Friday that the U.S. is “preparing as if this were the next pandemic, but we are hopeful still that this is not and will not be the case. She warned that the “day may come” here where we have to shut down schools and businesses as China has done.”

https://youtu.be/mYWqo-LnArU
A prudent man foresees the difficulties ahead and prepares for them;
the simpleton goes blindly on and suffers the consequences.- Proverbs 22:3
Top

Use a healthy amount of skepticism:

I am currently in Italy, Turin, schools are closed and companies work from home, musea are closed and some public places too.
It's still pretty much alive here, but Milan is going in lockdown tonight, so are many other villages upnorth.
They're currently talking about 7 deaths in Italy, which 5 of them over a span of 2 days.
Top 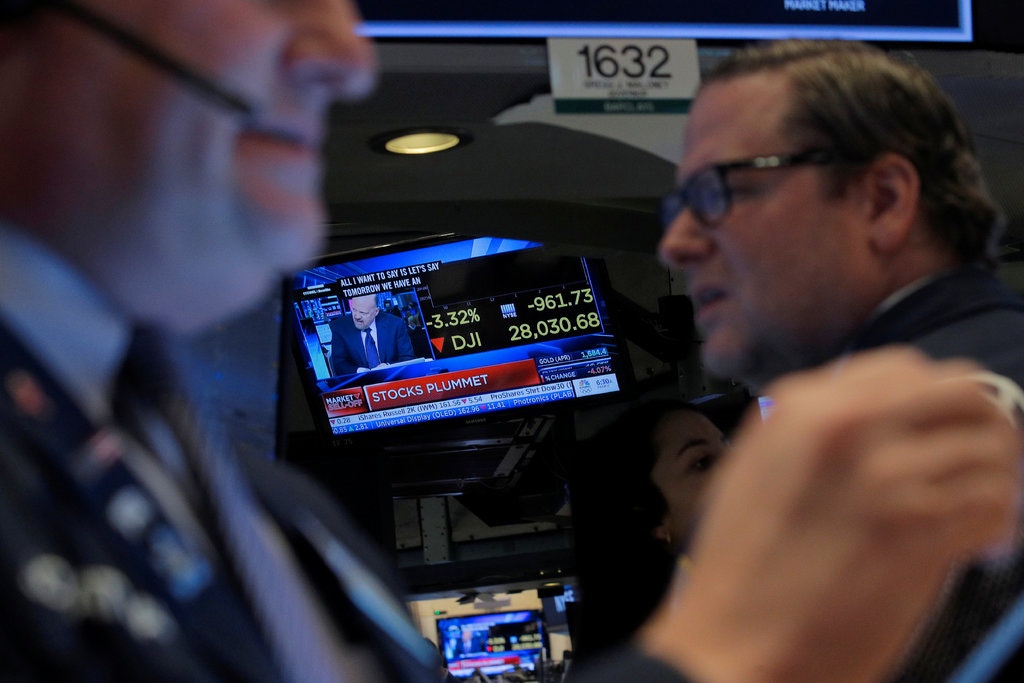 I was poking around because our CDC has dropped the ball.

Here are some weekly death stats for Pneumonia from last year:

Here are the ones from this year

1) Using this as a resource https://gis.cdc.gov/grasp/fluview/mortality.html whilst we wait for the CDC to pick up testing seems sensible

2) Pneumonia kills a lot of people every week in the US. Around 2500+ even outside of flu season.
Man is a beast of prey
Top

Yep...& there is a vaccine that reduces the risk from pneumonia. generally it is the elderly and those with impaired immune systems (i.e. AIS, cancer, etc.).

2) Pneumonia kills a lot of people every week in the US. Around 2500+ even outside of flu season.

Preaching to the choir here I know but....

This is why we preach having basic preps & PPE on hand to deal with reasonable and foreseeable events.


This is in Italy:

This last weekend the number of confirmed cases in the States doubled to 35. Tonight the count went to 53
Not all those who wander are lost

Doesn't that 53 include the infectees from the cruise ship?
Top

Doesn't that 53 include the infectees from the cruise ship?

Yes, a big chunk of the cruise ship quarantine folks tested positive this weekend. Currently they are almost the only ones being tested, so 36 out of the 53 are from the ship. The others are almost all travel (china specifically) related. Given travel to Europe, SE Asia, or the Middle East can definitely put you at risk, the CDC needs to up the testing quite a bit. I'm sure some of these travelers that have come back to Canada or Europe and tested positive have infected at least a couple other people in the airports. That's where contract tracing goes to hell. Who know who sat in the airport restaurant or lounge right after you and where they were going...
Top

My earlier posts in this thread had focused on not blowing COVID-19 out of proportion, and I would maintain that stance on this issue (or any other, for that matter). However, as it is always good practice to keep an eye on developing situations and re-evaluate often: things have continued to change in the last week and a half, and not in the direction we'd like to see.

Particularly: there are now significant outbreaks and case numbers outside of China, and specifically that those case numbers are not from groups which had already been quarantined from their arrival (e.g. the Diamond Princess, repatriated citizens, etc.). China was one of the only places in which a mass-quarantine had a narrow possibility of being effective (not an endorsement of authoritarian-style government, of course). It looks like COVID-19 has managed to slip that noose however, and that means we are now starting to enter mitigation territory (the step after containment fails).

Should SARS-CoV-2 make it into the general population, the goal of mitigation is to "flatten the curve" of infection, so that healthcare systems have time to mobilize and properly treat those who develop serious illness. We might not be able to prevent it from ultimately infecting a large portion of the population, but by making that take as long as possible, we can ensure that those who need to be treated are given the best care possible (hopefully reducing the serious complication and mortality rate), and maybe even stretch it long enough that vaccines are a possibility. That is still a very big ask for modern cities/economies, and no healthcare system is designed with capacity to properly treat pandemic-scale diseases with rates of complications as high as COVID-19. It will move from "something that Chinese people have to worry about" to something which impacts our daily lives and near-term plans heavily, but we'll all have a role to play in mitigation.

The latest reports that I've read suggest that COVID-19 is most likely to cause severe complications in those who are older and/or have preexisting chronic conditions, particularly of respiratory and cardiac function. It would be especially important for people at high-risk of severe complications to be proactive in social distancing and additional hygiene measures. There is also a large portion of mild or asymptomatic infection, which is bad from a containment viewpoint, but actually positive from a mitigation viewpoint. And a very small number of otherwise healthy people who experience a rapid deterioration, possibly because of immune overactivation.

Rahul Telang wrote:If you don’t have a plan in place, you will find different ways to screw it up

Colin Wilson wrote:There’s no point in kicking a dead horse. If the horse is up and ready and you give it a slap on the bum, it will take off. But if it’s dead, even if you slap it, it’s not going anywhere.

I shouldn't be surprised by part of me is.

CDC are now saying they may not have working kits for another 2 weeks?

Hawaii is asking for kits from Japan.

I predict this pandemic could have averse outcomes on the political processes in this country.
Man is a beast of prey
Top

CDC are now saying they may not have working kits for another 2 weeks?

Hawaii is asking for kits from Japan.

I predict this pandemic could have averse outcomes on the political processes in this country.

I'm growing more concerned about panic once the US detects an outbreak(or outbreaks). With the current lack of any kind of large scale testing, we're not going to catch anything small for the next few weeks, its going to be the Italy outbreak or larger. The CNBC video below talks about how looking for it statistically in flu and pneumonia will require cases in the thousands to be detected. I think the media coverage will flip into overdrive if a major US city has an outbreak on that level. Plus it will be really difficult to establish how big any outbreak actually is with our current test capacity. That poses a much larger risk for a panic/run on supplies especially since the government communication up to now has been to emphasize how low the risk is. When it hits near your backyard, the public is going to freak. With modern air travel, it could be in any major city right now.

The other interesting item in the video is the discussion of vaccines at the end. I think people are overestimating how fast we can come up with a vaccine for coronavirus. Vaccine candidates are relatively easy to produce but the testing process to determine whether they are safe and actually work is a long and hard process. Many vaccine candidates end up being ineffective and we know of at least one SARS vaccine that was stopped in animal trials because it actually made the symptoms of infection much worse. People in the media will be screaming for a cure after seeing all these press releases from biomedical companies about vaccine candidates when there is still a ton of work to be done.

Return to “All Things Pandemic”