Bug Out Gear Deals (Post 'em when you find 'em) I

I have carried one of these for close to 10 years, and the original is holding up great.
ZS Wiki
Top

Two of these and a pair of tech licenses and you're set for short range comms. Longer if local repeaters are still functioning after the whole - you know - end of the world as we know it thingy.

airmandan wrote:Supposed to be some decent plates for dirt cheap


Awesome deal, just keep in mind these need to be backed by soft armor for level III protection.

Dang i bought it but didn't notice the backing by soft armor.. what is it without the soft?
guess the internet gods are in my favor and it didnt go through
The ringing in your ears is the sound of your own destruction.
Top

Subscribe. I constantly contribute to this thread. Weird that I get dropped off randomly.
"Ideas are more dangerous than guns. We don't let our people have guns. Why would we let them have ideas?" Josef Stalin
Top

Nalgene Stainless Steel 38 oz Bottle. $21.83. No Tax. That's an all time low. FREE shipping if you spend $30. I tripped around their site and easily found $8 worth of extra stuff to order. Especially in their Nalgene category. Seems like all of their prices or most are on sale. They also have alcohol stove fuel bottles for cheap. The kind that measure out an ounce at a time or something with two caps. https://www.karstsports.com/8-oz-twin-neck-fuel-bottle/ Nalgene sippers are even like $2 or something cheap. So take advantage of that free shipping.

Danner Breakroom sale on hiking boots! MAny styles to choose from. All you have to do is sign in with a username and password. Best boots in America!

IF anyone needs a medium K-Pot they have them at Sportmen's Guide for $53 or $45 with the coupon and membership SH1047.

You can buy an ACH harness system on Amazon and install it and keep from getting a headache. Level IIIa protection for your nugget.

Don't buy if your hat size is over 7 1/8, it will be too small.
You go 'round and around it
You go over and under
I go through
Top

http://www.amazon.com/dp/B00CW535CG?tag=slickguns-20
You go 'round and around it
You go over and under
I go through
Top

This is a really nice sized heavy weight bag for a family sized first aid pack. Or even larger one person first aid kit or survival pouch. I have one and I keep my first aid kit in it. It's a solid molle pouch. And for $11.88. Shitty color though.

http://www.tacticalassaultgearstore.com ... ombat.html
"Ideas are more dangerous than guns. We don't let our people have guns. Why would we let them have ideas?" Josef Stalin
Top

1/2 price and stuffed with goodies
I hate to advocate drugs, alcohol, violence, or insanity to anyone, but they’ve always worked for me.
Top

1/2 price and stuffed with goodies

Look about the same, but much cheaper here:

http://www.lapolicegear.com/molle-delux ... cking.html
"This is really every father's dream. Watching his son launch a ballistic missile on his own position."
Top

1/2 price and stuffed with goodies

Look about the same, but much cheaper here:

LAPG's are empty
My adventures and pictures are on my blog http://suntothenorth.blogspot.com
Top

Still a few weeks left on Remington rebate rifles and shotguns. Some places have them on sale and paired with the rebate make an astonishing deal.

http://www.ar500armor.com/emergency-per ... nJmEtIrIl8
You go 'round and around it
You go over and under
I go through
Top

OUTER GORE-TEX BIVY COVER: MADE OF DURABLY WATERPROOF AND WINDPROOF 3-LAYER GORE-TEX FABRIC AND APPROVED BY ALL DEPARTMENTS AND AGENCIES OF THE DEPARTMENT OF DEFENSE INCLUDES SNAP FASTENER AND SLIDE FASTENER, MEASURES 76" X 35" TO 76" X 23" WOODLAND CAMO COLOR.

Supernova 300 Lumens LED Camping and Emergency Lantern $21.91 shipped, Amazon Deal of the Day. Tied as the all time low per Camelx3.
http://www.amazon.com/Supernova-300-Cam ... ernova+300

Screw that it's not ultralight. Or milspec. Or takes old school D-cell batteries. 6 days of runtime on low. That's up to 24 days of evening light in a SHTF emergency for you and your bug in family. Along with a NOAA compatible radio, this is just a sensible, prudent prep for real life emergencies. Gets almost a thousand, superb user reviews.

Get this for your family, use it in good times as a camping lantern and with a regularly rotated set of fresh D-cell alkalines, a great piece of kit for any disaster/emergency. 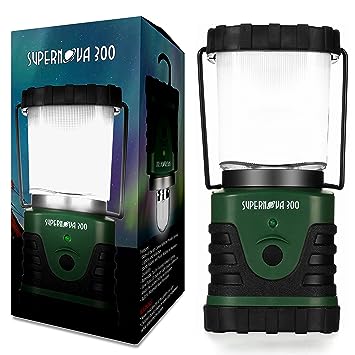 For folks who can't afford the $200+ for the LuxieryLite cot from Therarest I was recently made aware of a Chinese knock off of these portable cots for $50 +$20 shipping.

I had been interested in these cots since cuUlz invented them and I saw a video about them on Equip2Endure but they were a bit high priced being a small company offering, but was considering buying one as they seemed cool and I don't mind supporting small business. However then they disappeared from the market only to reappear under Thermarest brand name and higher priced. Which pretty much made them out of my reach, or at least not worth the cost to buy one.

However a $70 version puts this in the realm of affordability and competitively priced compared to sleeping mats. So0 I am now considering buying one of these, though will have to wait till after the Holidaze to do so.
"Once a man has seen society's black underbelly, he can never turn his back on it. Never pretend, like you do, that it doesn't exist"

Snugpak Ionosphere Shelter is on clearance in COYOTE TAN. Which is not what is pictured:

52.5mm case diameter makes it a no-go for me, with my freakishly thin wrists, but this seems to be a solid deal for someone with burly wrists. As another poster pointed out in the above-referenced survival watches thread, the solar-charged battery in devices of this type can still go bad, but I'd think it would keep going longer than conventionally powered quartz movement watches. Very lightweight and 100m water resistant. Note the dial does not light up, but the numerals (and presumably the hands) are lumed. Bezel does not appear to rotate so it's likely ornamental. Goes back up to normal Amazon street price after today.

Totally forgot to post this here; I've been enjoying the colorful, multi-day, multi-page discussion thread for this on Slickdeals.com. Anything either prepper- or gun-related seems to draw out the looney squad over there and it's just too much fun to sit back and watch the fireworks. So sorry, but I got distracted.

Seems to be a legit deal; mixed assortment of six different varieties for a total of 14 MREs. Best by date of 11/16 so these appear to be recently retired stock. But as many know, MRE rations are entirely safe and edible well beyond their best by date, especially if you store them in cool, dry conditions.

Sopackco is one of the two largest suppliers of honest-to-gosh US military MREs and according to MREinfo.com, these are good quality civilian-spec equivalents that do include the flameless heaters and most of the extras found in their mil-spec brethren (but no toilet paper or matches, apparently).

Honestly, I don't think I've ever seen this low a price on a 12-pack. let alone a jumbo carton of 14 entrees. Hey, we've been having freaking Christmas day tornados lately, so these most definitely aren't just for wacko survivalists anymore.

Well smeg...if I wasn't due for a PCS move and already pushing my weight limit...

And speaking of sitting on things, Dark Angel Medical is still having their 15% of holiday sale, code HOHOHO. Not sure when it ends.

OTOH I see amazon.co.uk has a different-brand-and-colour-scheme version of that 300-lumen lantern for £11.99 which is about $18. Free delivery if you spend £20 or with Prime. 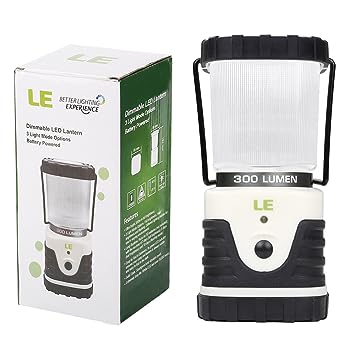 Be Pure!
Be Vigilant!
Behave! My adventures and pictures are on my blog http://suntothenorth.blogspot.com
Top

This isn't going to interest anyone who already has a bug out/get home/first aid system, but it's a good deal for new ZS'ers/lurkers following this thread and looking to get started in prepping. First of all, I believe this is actually the Camillus First Aid/3-Day Survival Kit, except in tan, rather than black/grey. So the true street price is $35 (a little less if you order it through Wal-mart), Compare for yourself:
http://smile.amazon.com/Camillus-First- ... rvival+kit

It's full of all kinds of mediocre but usable components. As long as you find a use for most of this stuff, it's a good value for what you get:
* 3-Day SOS survival ration bar - $8.52 (http://smile.amazon.com/S-O-S-Rations-E ... os+rations)
* First aid supplies - approx $10.00 I looked at a variety of basic retail kits and I'm estimating this is the equivalent of a $10 boo-boo kit. It includes a few things you wouldn't find in a basic kit, like the tourniquet and the scalpel, but it's also lacking in items you usually do find, like scissors and nitrile/latex gloves.
* Miscellaneous stuff - approximately $5 In descending order of potential utility (IMHO): emergency blanket, whistle, disposable rain poncho, glow stick, hand warmers, cheap-ass flashlight.
* 6 x 4oz. pouches of sterile drinking water - $3.75. I personally think a large bottle of water with a few drops of unscented bleach added is a better value, but maybe someone sees the point of these things.

* Which leaves you with a molle compatible, multi-compartment shoulder bag. I'm assuming it's fairly cheaply made, certainly not Maxpedition quality, but looks like it's fairly well put together. I gotta say, it's a dead ringer for this $23.75 TravTac Small EDC Tactical MOLLE Pouch (http://smile.amazon.com/TravTac-Small-T ... oulder+bag).