Zombie and/or other Post-Apocalyptic related movies for us to study and know what not to do.

Just saw a new movie on Netflix called Train to Busan about a zombie apocalypse in South Korea. Turns out it's the best Zombie movie I have ever seen. Follows a guy and his daughter trying to survive from the beginning of the Mayhem through the destruction of Korea. It's got a lot of good scenes and reminds me a little of 28 Days Later and it's sequel but be warned it's a tearjerker. The Zombies are rage type zombies that are fast and if bitten you turn in about 5-10 seconds and immediately start running towards the nearest living thing, not just people get turned. The zombies attack and turn EVERYTHING. It was the highest grossing film in Korea of 2016 and is set for a Hollywood remake (that will suck

I saw it recently as well, the train setting certainly made it more interesting then the typical cliche zombie movie. Some genuinely good acting, the husband of the pregnant lady was probably supposed to be the most likable and he certainly was.

I think zombie movies are more believable in countries without a gun culture, they don't have to rely on so much artificial drama.
share your tobacco and your kindling, but never your sauna or your woman.

I really enjoyed this movie.
It's subtitled, but I didn't mind. I'm a quick reader and had plenty of time to read the subtitles without feeling like I missed some action. Unless you're a very slow reader, I don't think anyone would have issue.
Also, there is a LOT more action than dialogue.
Very high on my list of favorite Z movies and very near the top of best Z movies.
- Sent via two rabid squirrels and a large slingshot (please catch and return the squirrels...they're special)
Top

I had read good things about it but will no move it up my list of stuff to watch for.

Thank you to the real live ZS members who posted their reviews. Useless Trolls, begone.
My adventures and pictures are on my blog http://suntothenorth.blogspot.com
Top

Saw it in the Theater a few weeks ago, it is an excellent zombie movie, which has better acting, a better story, and less plot holes than the zombie movie 28 Days Later.

But you better get your hanky out, it's a tear-jerker!
I say we take off and nuke the entire site from orbit. It's the only way to be sure.
Top

I watched this recently as well. I really enjoyed it. A good movie worth watching if you don't mind subtitles. Since I do work as a train conductor, albeit on a freight train, it did make me wonder how many zombies I could take with a tomahawk brakestick and Redwing steel toed boots before I went down (especially since I can't carry any weapons on duty).
Top

Just wanted to refresh this thread. The movie is great and I'm surprised it didn't get more discussion on this board when it came out.
Many of the characters are pretty well fleshed out - more so than most Z movies.
Especially liked the train engineer, the little girl, and the pregnant girl's husband.
Extremism in the defense of liberty is no vice. And moderation in the pursuit of justice is no virtue.
Barry Goldwater
Top

First of all, I too think it is a superior zombie movie. I know an American ex-pat currently teaching in South Korea who tells me that actor, Ma Dong-seok, is quite a star in that country. He definitely brought a surprising depth and humanity to a role that easily could have been a cliched character stereotype. I found out just recently that he's actually American. 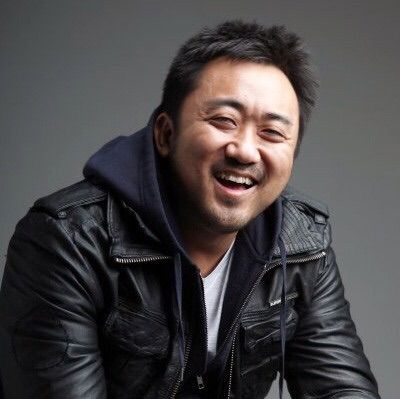 I agree with everything that’s been said. The setting really made the move. It was unique and pretty intense.
Top

Grateful for the movie reviews here. Adding this to my To Do list for this weekend.
[-edited-] Watched it last night. Typically, I am late to the party in terms of movies and television although I can boast 1st Drive-In viewings of some real classics (my parents probably thought I would sleep in the back seat) like Planet of the Apes, Jeremiah Johnson and The Sting. True to the posts here, this is a good one for the zombie genre and the characters already mentioned are recognizable as soon as you meet them. With all due credit to the husband of the pregnant woman and the little girl, both who shine, I'd also like to recognize the bad guy, who adds a nice other layer of conflict. (Come on, do it. Raise your hand if there was one character you felt an impulse to kick repeatedly while you were watching. I never really stopped and considered the importance of being the hated actor, the guy or gal that read the script and thought, "I hope I don't get that role." Then I saw "Training Day." This applies especially to well-liked people who just become someone else. That's talent.) And, it has nothing to do with a few actors that no matter what they do or who they portray are going to be shot in the face or have their head split in two eventually while you are watching. Everyone knows I am talking about Steve Buscemi.


I think zombie movies are more believable in countries without a gun culture, they don't have to rely on so much artificial drama.

I found this comment smart and the most insightful although I like the synonym SUPPOSABLE in place of “believable.”

Like many of you, I suppose, I immediately began pulling up maps as I watched to determine if I recognized any of the areas and to determine how far south Busan was from the areas I had walked. And I wondered why there is never much vomiting or diarrhea, two 'outcomes' of many viruses. And remembered why I like baseball. And wondered what months filming was done since most of the actors were covered with a light sweat and was this the sheen of stress or just the humid months in S. Korea? And the scrum, or ruck, or maul that formed behind the engine car with regard to how the unthinking could individually form a collective while the thinking conversely could not especially being that it was filmed in Asia -gung ho. And the distance a parent would go to in order to save their child, even if work had often interfered with the idea of a more pleasant life for both of them....
Last edited by Asymetryczna on Fri Jul 20, 2018 5:27 am, edited 1 time in total.
It's not what you look at that matters, it's what you see.
Henry David Thoreau
Top

I should have added that when watching this one can determine the importance of fitness with regard to survival, luck often being hard to project.
It's not what you look at that matters, it's what you see.
Henry David Thoreau
Top

I saw the movie a while back. It was one of the better developed z-poc movies. The character development reminded me of "Lord of the Flies", and there were some good points about fitness and improvising. As far the tear-jerker , that's just Korean cinema. Every Korean drama I've seen has at least one self sacrificing hero.
Top

Just caught the Train to Busan on Netflix. It was excellent. Painful, but excellent.
Priests and cannibals, prehistoric animals
Everybody happy as the dead come home