New pics at the bottom...

I mentioned that last summer an old flying buddy of mine gave my son gift certificates for two week-long training courses at Front Site Academy in Pahrump, NV as a HS graduation gift. Well, we’re finally using them next month over Spring Break for a defensive handgun course.

Decided we’ll both carry .45s for this class, and while my G21 is pretty well tuned to my liking, my son’s Sig Sauer 1911 was basically bone stock except for thinner grips (and slim line screws/bushings of course) and a good lapping in of the slide, etc. While the stock trigger is quite good, and I already had it set for almost zero overtravel, there’s a bit of slop and a noticeable amount of vertical play. Decided to replace the trigger, and since I’m doing the trigger, changed the main spring as well to tune it for a bit better feel.

I’m a big big fan of Wilson Combat parts for 1911s; not cheap, but not expensive either. There’s some nice race gun stuff out there that’s really sweet, but WC parts are really good value for the money...their 1911s not so much; very nice, but very spendy.

No pics of the dissasembly, but figure there’s already tons of 1911 walkthroughs out there:

In retrospect, I could have passed on the $7 spring...the factory spring is quite nice. But since I was in there, bent the WC to match:

Didn’t take a pic of the factory trigger height for the aluminum WC (steel bows), but it was .920”. Oversized to be custom fit vs. the stock Sig trigger height of .860”

Took a tiny bit off both top and bottom with a belt sander (barely touched it to the belt), then began the laborious task of hitting the trigger with a small flat diamond file, then measureing, hit it with a file, then measure...repeat ad naseum. When I had it close, started to test fit:

Sooooo close! Took a tiny bit more off and then just marked it up with a blue sharpie. Works just like Prussian blue but a lot cheaper...and what I had in the house! This is after several (several!) tests and retest fittings:

Once I got it to where is was barely marking the surface, I sanded it with super fine sandpaper (one of my wife’s old emory boards for her nails) and when smooth to the touch, used my blueing pen to put a protective layer on the aluminum surface:

...and almost two and a half hours later (including dissasembly), success:

Final height for zero slop/vertical movement while still maintaining a smooth pull was .868”

...though it was clear there was a high spot or burr on the (inside) left side of the frame just under the channel where the trigger bow rides that was scratching the trigger itself. A few more minutes with a variety of small round, flat and triangular diamond files fixed it up. Also polished the sides of the bows. Or I should say took the black overspray off of whatever the trigger coating was...they were already polished smooth, I just cleaned ‘em up.

Took my time with the reassembly checking edges, etc. for the sear, etc. and touching them up as required. Action’s like buttah now, and I really didn’t have to do much work aside from sizing the trigger. Sig actually does a pretty nice job on parts and finishes for a sub $1K 1911.

And with his new RDR belt rig (minus the spare mag holder I haven’t put on yet):

Inner belt with velcro buckle that goes through his belt loots as well as velcro “loop” material on the outside. It’s paired with a nice stiff 1.75” rigger style outer belt with molle/pals loops and a heavy duty cobra style (metal push tabs top and bottom) buckle. The outer belt goes on like a true gunbelt, separate from the belt holding up your trousers; the velcro “hook” material on the inside of the outer belt matches the inner belt to help keep it in place.

One of these days I'll build myself my dream 1911... I really like yours
They see me trollin', they hatin'.... keyboardin' tryna catch me typin' dirty

http://thisainthell.us/blog/?p=77327
You go 'round and around it
You go over and under
I go through
Top 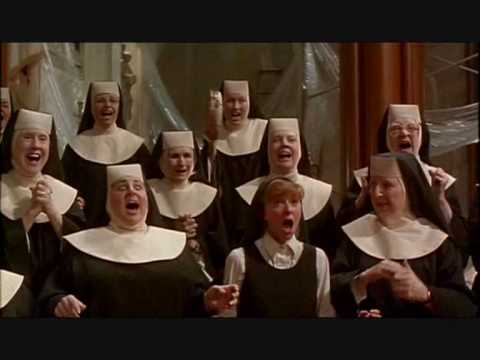 Not all those who wander are lost

One of these days I'll build myself my dream 1911... I really like yours

Buy a cheap one with a solid frame...or a bare frame from PSA, etc. and build it up with good bits in a few key areas (trigger, sear, and disconnect, plus the best barrel you can afford) and you can have a 1911 for under $1K that shoots like one that costs twice that or more.

Unless you’re changing the sights, or the frame itself needs a lot of work, you don’t need a lot of fancy or expensive tools either. Sure, better tools make a difference, but you can build (assemble) a 1911 with a small screwdriver, a pair of tweezers/small needle nose pliers and a couple of pin punches.

I have some nice large files and rasps, but for this project I bought a cheap set of small diamond files from Harbor Freight for $6 or so and got 20% off that to boot. I may never use one or two of them again for really fine work, but they worked well for my needs. Already have a variety of super fine sandpaper and polishing compound for the dremel, etc. but was able to get a mirror like polish on the trigger bows with one of my wife’s old emory board/nail files and some plastic polish on a soft cloth.

I measured a lot of the parts as I was working in them...again, with the first micrometer I picked up in the tool box, which happened to be a cheap plastic one, not the nice steel one, or the one with the nice calibrated digital readout. That said, you can always use the tried and true method of taking a little off and then test fit...rinse and repeat as needed.

I also put a fair bit of time when I first got this pistol lapping the frame rails and slide to get them extremely smooth and matching perfectly, plus a good detail cleaning while checking tolerances, but anything made on modern machines should be pretty close.

As with most detailed work, the most important ingredient is patience...lots of patience, especially if tuning the action on a 1911.

Way too easy to go too far when filing and screw it up...especially when working on aluminum bits.

This book helps a lot too:

...been my go-to reference on all things 1911 for a long time. It’s been out of print for years but it still comes up on Amazon, Alibris, eBay, etc. pretty regularly. Others out there too, but Hallock’s “gospel” for the JMB bible has served me well.

Regardless, if you have even the most rudimentary mechanical skills and access to the internet for build videos, you can do it!
Molon Latte...come & take our coffee order

Saw a genuine Sig 1911 threaded barrel on sale at Midway, so went ahead and pulled the trigger:

Quite a bit longer than stock, so at the very least will have to modify the kydex holster this one usually sits in.

As expected, droppped right in with no finishing work required, and at less than 2 minutes to swap out, maybe it’ll only have the longer barrel in when it’s in the safe or at the range with a can on it.

Will put some rounds through it mañana, and go from there...

...not sure I like that much barrel sticking out past the slide, but will see how it shoots before making my final decision.
Molon Latte...come & take our coffee order

New barrel worked perfect, but I dropped the thread protector when I put on the can, and lost it in the brass under the grating at the range. They’ll try to find it when they clean it out tonight, but I’m not holding my breath...already have a couple more on the way from Amazon.

Original barrel back on for now: