Forum dedicated for rifles and shotguns from basic to tactical.

I have been playing with my Remington lately. It shoots just under 1 MOA groups but I was hoping for more. I guess we always hope for more.

This is what it looked like when I got it out of the box, pretty much exact model. 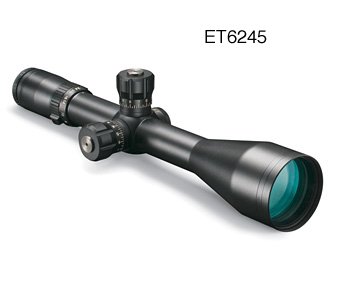 I added a Harris BiPod. I did not like it as it was too tall. I took it off and put on a cheap Chinese Bipod, that the legs do not extend and gives me about 4". I am looking for a better bipod.

I took it to the range and it shot just under an 1" after a break in period of about 25 rounds. It is .308W Caliber. It will chamber and shoot 7.62X51 but the tight tolerances of the gun hate it. It is difficult to engage and difficult to eject.

Today I added a KRG bolt lift knob in the smaller size. It makes it much easier to cycle and prevents my thumb from against the scope. I also added a barrel deresonator. I have never tried one of these before but for $8 if it works it is genius.

Any ideas or suggestions?
You go 'round and around it
You go over and under
I go through
Top

The 700 is one of two models I would like when I get a bolty. The other is a Howa.

And that scope looks fantastic.

Don't really have suggestions, as I have always thought bolt rifles are pretty great as is. What about a performance trigger or something? Although, if you like it as it is, would be silly to funk with a good thing.
The way is shut. It was made by those who are Dead. And the Dead keep it. Until the time comes. The way is shut.
-
Keeper of the ZS Fleet Number thread.
ZS Wiki
Top

Quality trigger, bed and float and throw away the deresonator.
Unfortunately Remington has tarnished their reputation in the last several years - it has become hit or miss, pun intended, to get one that will really shoot. This of course depends on you standards. 1 moa is sufficient for most hunting while nbrsa competition measures groups to 4 decimal places.....
There is no "ideal rifle" for every situation, and circumstances dictate different tools for different jobs - so before you go spending you first need to decide what exactly you want to build.
A farm rifle for occasional plinking and hunting will be very different than a dedicated PRS rig which is only distantly related to a ULR or benchrest game gun.
Top

I am never going to shoot competition with it. I would like to get it down to under 1/2". I already have an AR10 that will shoot 1" groups with good glass so another 1" rifle in a bolt gun is only of limited usefulness.

I am going to try the deresonator thingee and see if it works. Some people swear they do something. Never tried one so I can't say.
You go 'round and around it
You go over and under
I go through
Top

If you're still bipod shopping...
--I upgraded from a Harris to an Atlas last year. I am thrilled. It provides a lot more stability and height options. It is also a lot less bulky and prone to getting tangled. If it seems to cost too much -note that it is quickly and easily swapped, making it a life-time purchase.
--Alternatively, the new Magpul bipod sounds promising.

How do you like the Bushnell scope? I looked at that and a Vortex PST and went with the Vortex. It has been great so far.
I am not a 'gray man'. I am a brown man, coyote brown. With FDE highlights, of course.
Top

I second the trigger, bed and float. A quality stock is also good money to spend. Also be sure your mag box isn't binding anything up. I normally run the bottom of mine on a belt sander to remove a little metal just to be safe.

Just about every, if not every, rifle I own benefits from reloading. Although that will be a bit of an investment.

If that isn't possible, you'll want to try a variety of factory ammo. Chances are you're rifle will like one better than the others. FGMM is usually the standard, but I've had some that prefer Black Hills. If you can find something with a 155gr Lapua Scenar I'd defiantly give it a try. I've yet to have a 308 that didin't like that bullet.
Bullet drop is physics, reading wind is voodoo
Top

How many different loads have you tried? I also like shooting from at least sandbags or a sled if I'm chasing rifle potential. I find bipods leave a lot to be desired when shooting from a bench.

But if I wanted a real tack driver, I'd get a new mcmillan or similar stock.

One of my hunting rifles is an 80's Rem700 in 30-06 with the blued steel and lamo stock. Very "fudd" style rifle. I've gotten 1/2" groups out of her with CoreLokt 150gr. For some reason she likes those. I've ranged from that up to 2" depending on loads. I don't handload yet.

So maybe she just needs to find that one load that stacks holes.
They see me trollin', they hatin'.... keyboardin' tryna catch me typin' dirty

I am keeping it as is for now. It does everything I want it to do so I can't complain. I had it out yesterday and was playing with it.

The deresonator didn't do a thing for it. But for $8 figured it was worth a shot.
You go 'round and around it
You go over and under
I go through
Top
Post Reply
8 posts • Page 1 of 1

Return to “Longarms - Shotguns and Rifles”